Social Media: A Decade in Review 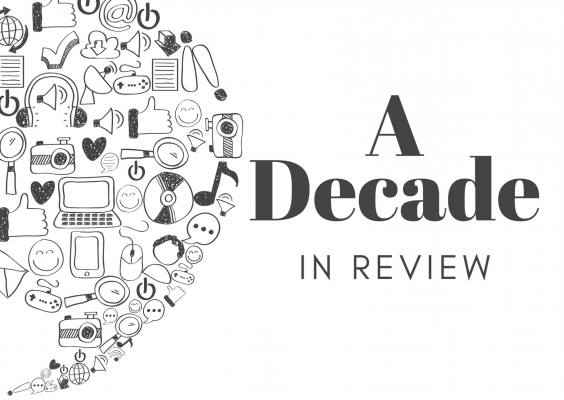 As we all know, social media is constantly evolving. Everyday there seems to be a new trend or platform that takes the internet by storm. Nevertheless, while we look ahead to see what social media will look like tomorrow, let’s not forget to take a moment and remember the social media that brought us to 2020. Here is a breakdown of social media trends, platforms, and posts that shaped this past decade!

2010 saw the launch of one of today’s most widely used social media platforms. October 6, 2010, Instagram founders Kevin Systrom and Mike Krieger launched Instagram with the intent of creating a photo sharing app for the masses. Talk about overnight success, Instagram had 25,000 users in the first 24 hours and 300,000 by week three of their launch date. Although that is a small fraction of today’s 1 billion monthly users, Instagram’s launch was one for the books.

July 8, 2011, saw the launch of yet another social media giant— Snapchat. Popular among highschool and college students, Snapchat quickly gained popularity for being an app that allows people to send disappearing messages. Used by over 218 million users daily, Snapchat has come a long way since its inception.

It would be wrong if Gangnam Style did not get honorable mentions in this post. Surpassing Justin Bieber’s song “Baby,” Gangnam style reached an unprecedented 1 billion views by December 21, 2012, making it, at the time, the most viewed video in Youtube history.

January 24, 2013, made history when Dom Hofmann, Rus Yusupov, and Colin Kroll introduced the six second video looping app known as Vine. Popular for its, at times, random content, Vine saw the rise of many content producers including KingBach. The most followed person on Vine, King Bach totaled over 15 million followers. Dubbed “viners” even celebrities like Josh Peck, Justin Bieber, and Ariana Grande took to the video-sharing app.

Who could forget during the 2014 Oscars when Ellen DeGeneres walked into the audience and snapped possibly the most star-studded picture in history? Featuring Brad Pitt, Meryl Streep, Bradly Cooper, Jennifer Lawrence, and others this photo quickly became the most retweeted picture of the time. Today, the photo has 3.1 million retweets and 2.2 million likes. 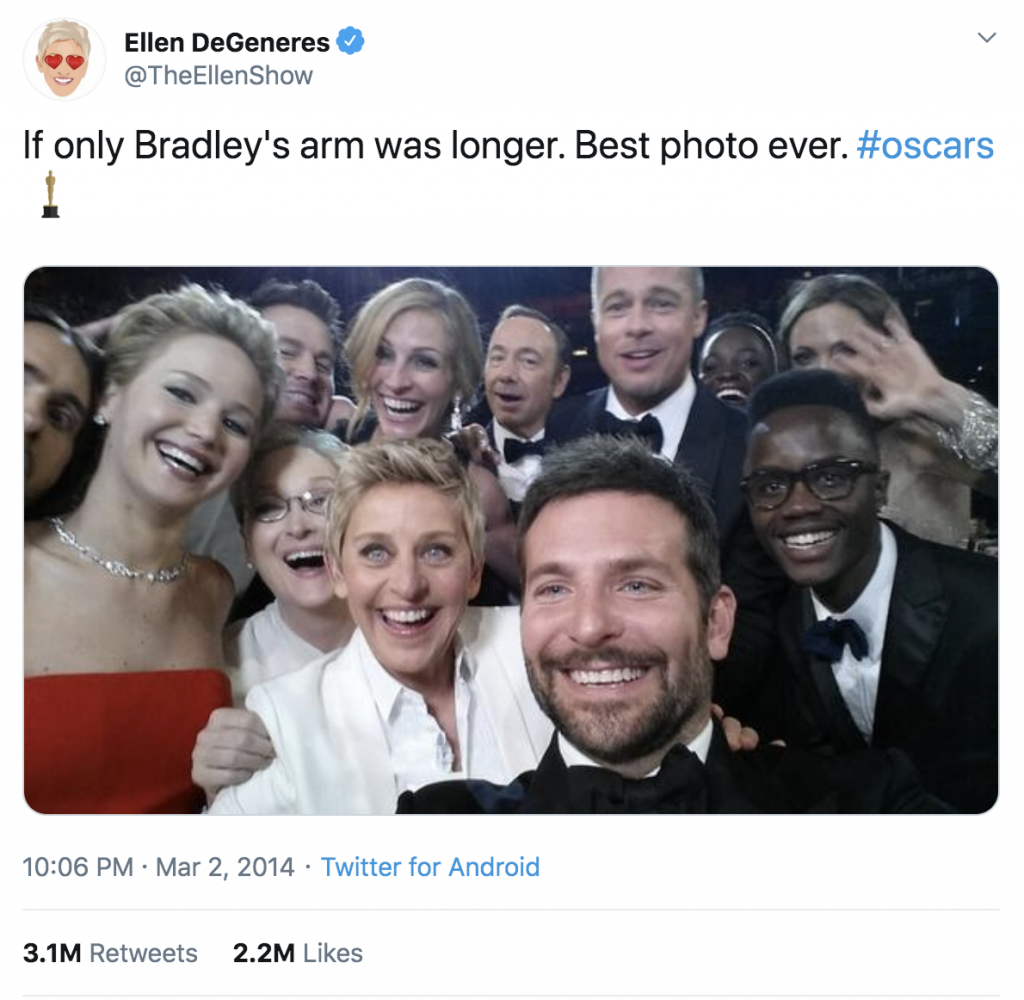 Blue and black or white and gold? Originally posted to Facebook, and then Tumblr, this post went viral after no one could definitely agree on the color combination of the dress. (Let’s be honest though, it is definitely white and gold).

In August 2016, Instagram introduced one of their most popular features. Used by 500 million people a day, “stories” became one of Instagram’s main attractions by allowing people to post small, daily moments without posting them to your profile. Live stories followed soon thereafter.

TikTok dominated the 2019 social media scene. In 2018, TikTok merged with Musical.ly to give us, among other things, a mix of comedy, dancing, and challenge videos. In 2019, TikTok was downloaded by over 1.5 billion users. Content producers on this app vary in styles, but one of TikTok’s most widely known creators is Connecticut’s very own Charli D'Amelio with a total of 17.7 million followers!

It’s difficult to say where social media is heading in 2020. Of course original (OG) platforms like Facebook, Instagram, and Snapchat will continue to be a part of our everyday social media experience, but newcomers like TikTok continue to show that a new social media trend is always right around the corner. At any rate, here’s to another decade of social media!

Rachel Moussavi is a sophomore pursuing a degree in Marketing with a concentration in Digital Marketing and Analytics. Along with working as a Social Media Content Producer, Rachel is also the Vice President and Media Chair of UConn’s Unicef Initiative. In the future, Rachel plans on pursuing a job in the marketing field. Aside from school and work, she enjoys reading and running!

View all of Rachel's posts.