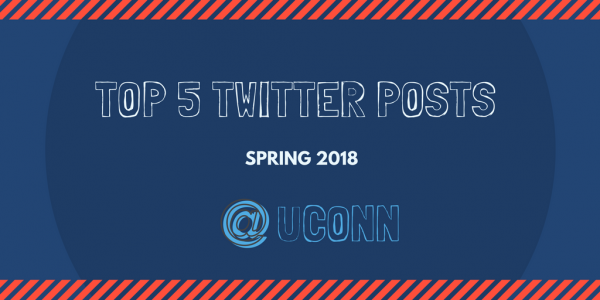 It’s always interesting to me to see which posts really perform well on social. So, I decided to take a look through our social posts from the Spring 2018 semester and see what content resonated most with our audience.

In determining our top pieces of content, I wanted to see what users were directly engaging with, so I sorted the content on each platform by reactions/likes, which typically also corresponded with the number of total impressions. Below are the top 5 pieces of content from each platform (Twitter, Facebook, Instagram), along with some key analytics and my thoughts about why the posts did so well.

5. Photo of Khalid and Jonathan 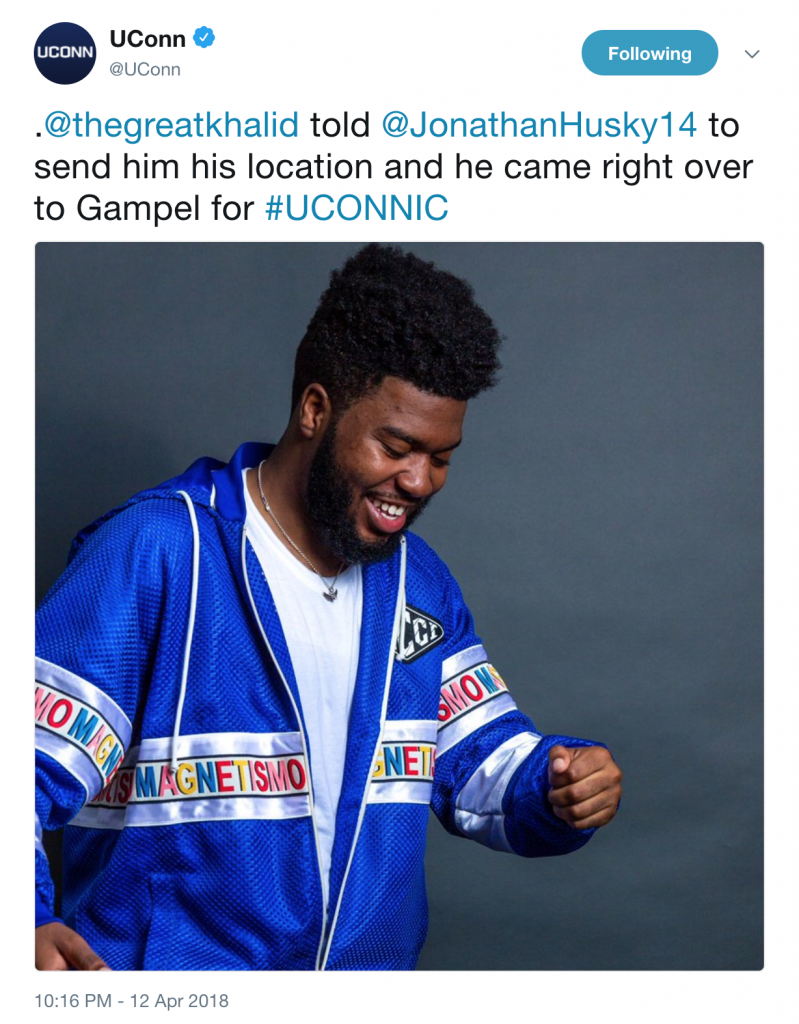 Coming in at number 5, our audience loved this picture of singer Khalid, who performed at UConn’s spring concert festival, and Jonathan XIV. It’s a pretty genius combination, really; a famous singer and an adorable dog are sure to get engagement. 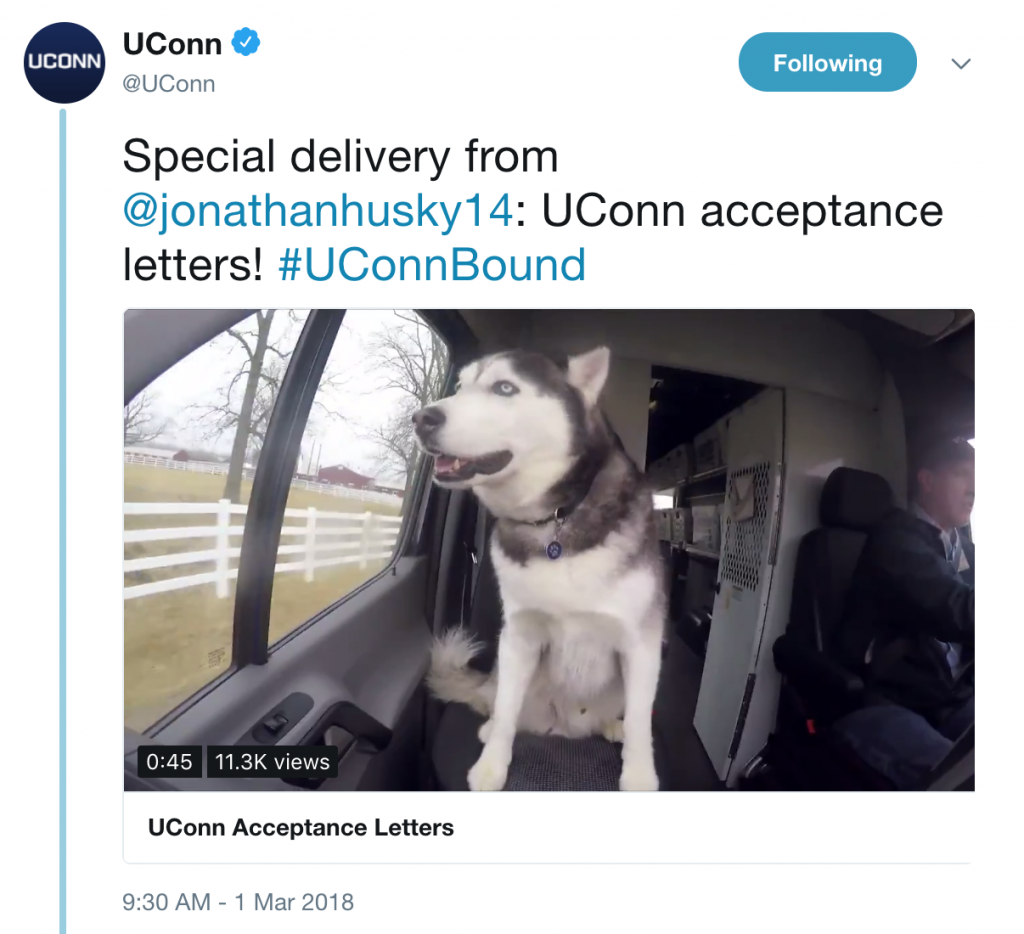 Next is a video that went out on March 1st to welcome all students accepted into UConn. The video follows our mascot, Jonathan, in both dog and mascot form, and the UConn Pep Band as they personally deliver a student’s acceptance package. I’m noticing a trend here of Jonathan and high levels of engagement. 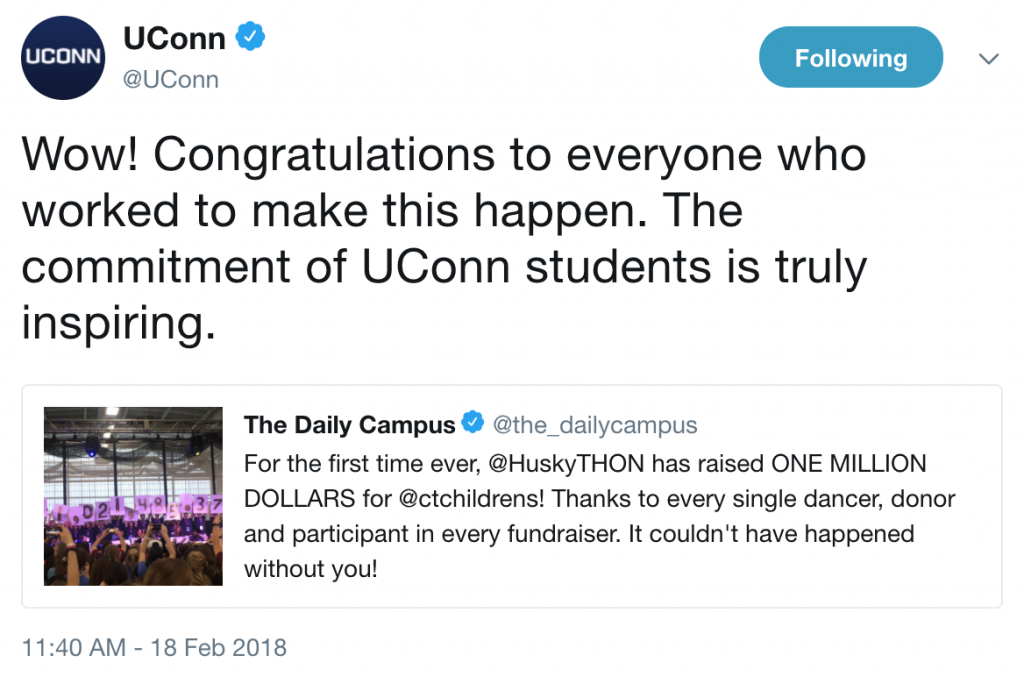 Each year, UConn students participate in HuskyTHON, a yearlong fundraising effort which culminates in an eighteen hour dance marathon, with all funds raised to benefit Connecticut Children's Medical Center. When they hit their goal of raising over one million dollars for the first time, it’s no surprise that students, alumni, and the general community were excited about their great, meaningful work. 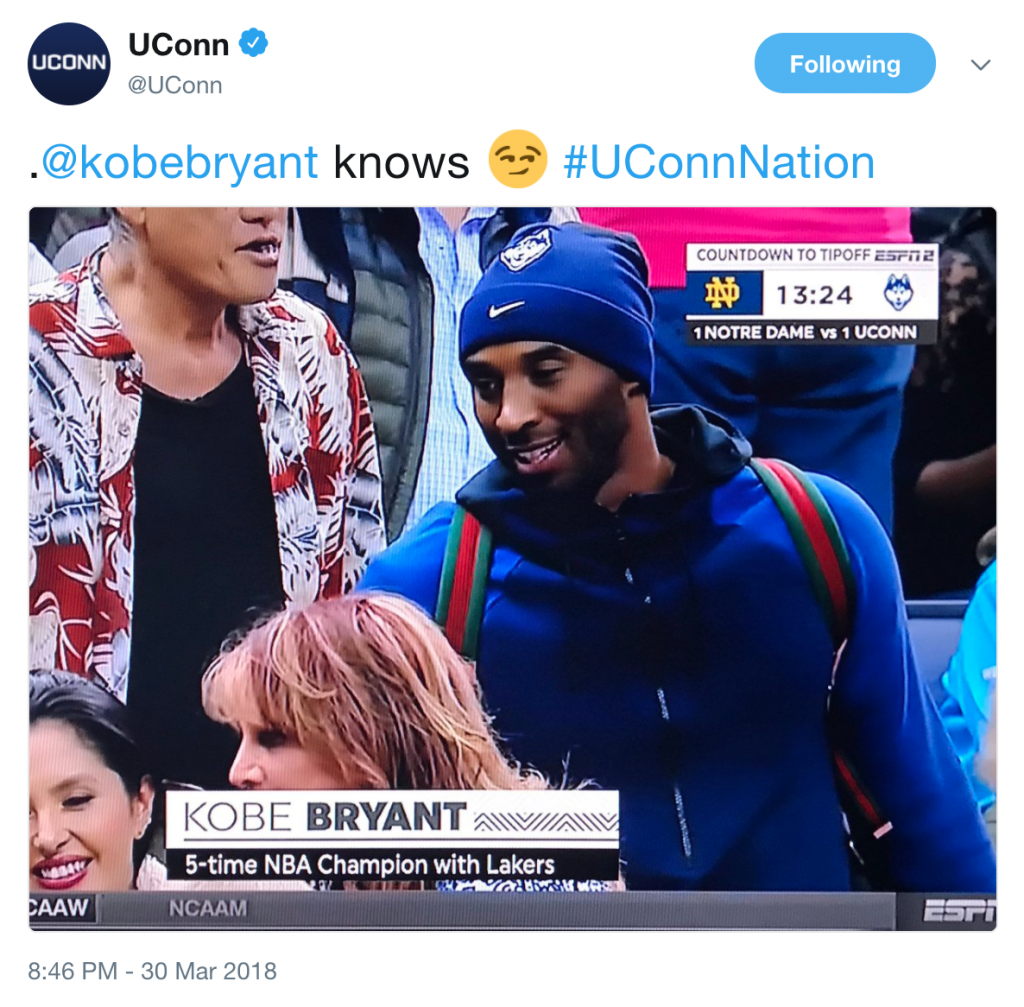 And coming in at number 1 is an admissions statement we posted in late February, which reads,

“UConn would like to assure students who have applied or been admitted to the University that disciplinary action associated with participation in peaceful protests will not affect your admission decision in any way.”

UConn was one of the first large, public universities to post a statement like this, and it spread like wildfire, with many other colleges quickly following suit (as tracked by a reporter in the replies).  I think it’s interesting to note that this tweet had no graphic attached, something that might not typically be considered the smartest move on social. This post clearly didn’t need it, and it made the core message stand out even more. With over 15,000 retweets, the statement was shown almost 3.5 million times on Twitter alone, far outperforming any other piece of content we posted in the spring semester.

Takeaways: While the top posts feature a variety of different types of content (photo, text, video), it seems like what mattered most was the focus of the content itself. By creating content that people naturally want to share (retweet), the posts were able to reach and engage much of our audience.

North Dakota transplant, but a lover of all things New England. Adopted into the Husky family after years in professional hockey social. When I’m not glued to my phone, you can find me watching football (#Skol!), hiking with my pup, or on the hunt for the best Mexican food on the east coast.

View all of Emily's posts.